The warm and humid weather set the stage for the Kingfishers’ longest training run at Mt. Faber.  Because of the weekend OCBC Cycle event which had service roads to Parkland Green closed, we had earlier shifted our training to the Western Hills region. 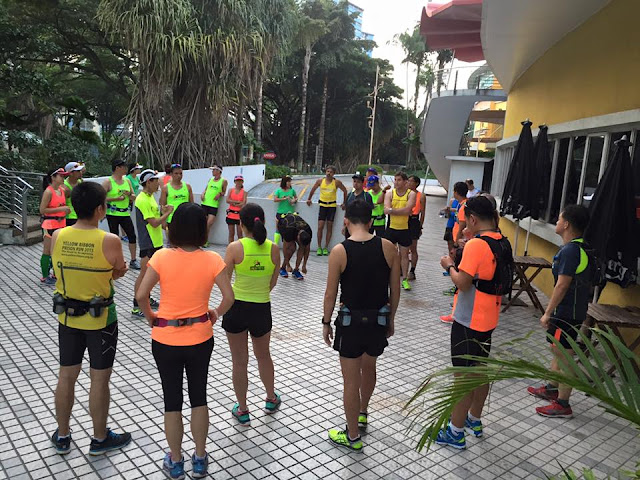 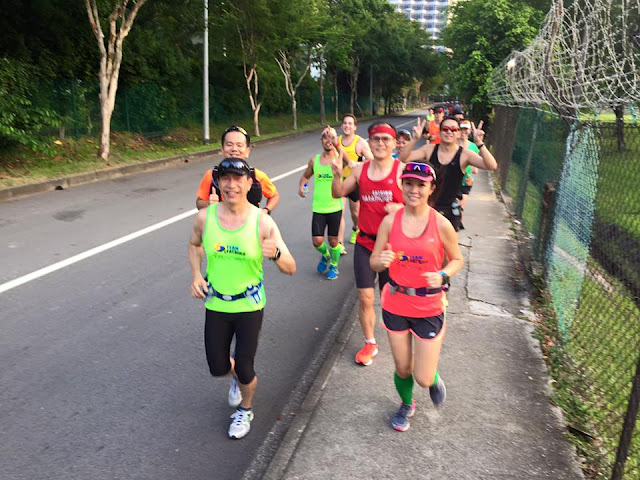 The turnout for this longest run was markedly smaller, but those who showed up were really going for it all with the very challenging route of undulating slopes along Mt. Faber vicinity and then loops of Labrador Park-Keppel Marina repeats. 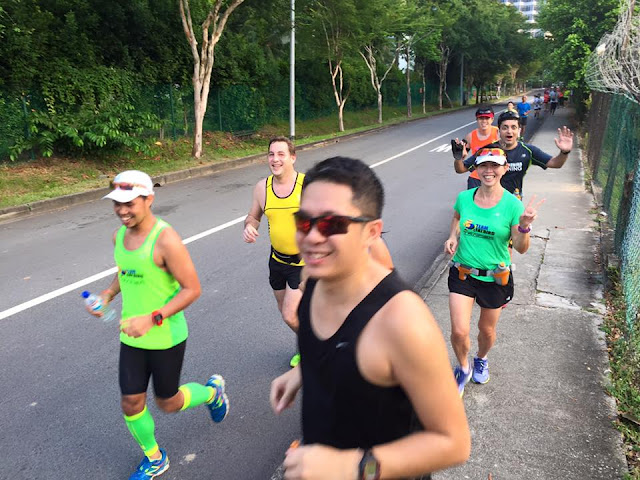 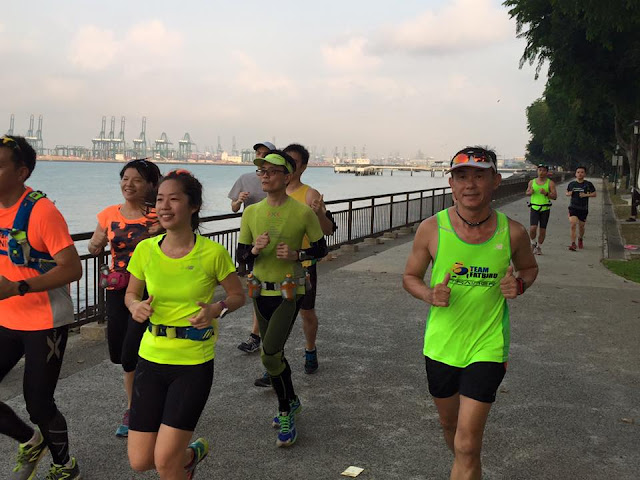 The groups ran off by 7:10am due to the long distances we had planned.  By the time we entered Labrador Park, all had sufficiently warmed up to tackle the 6km repeats.  Since a number of Kingfishers were new to the Keppel Marina area, the first 2 loop repeats offered a sense of relaxation from the scenic beauty of the marina waters flanked by condominiums and sailboats. 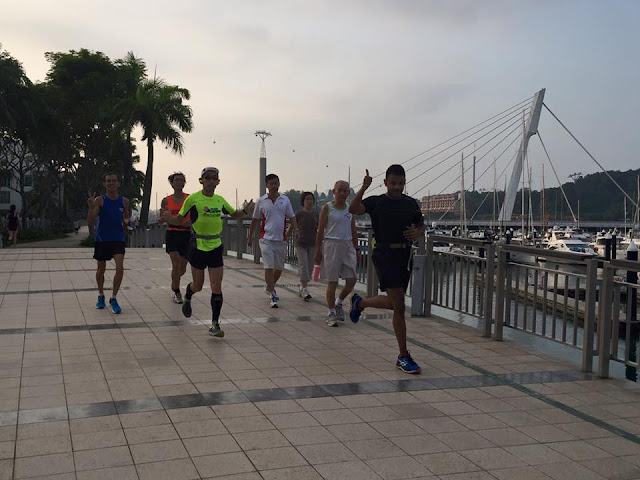 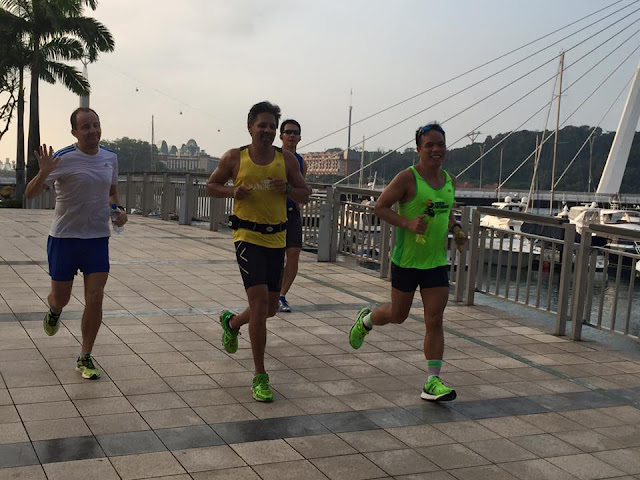 Optimal Pace was maintained for about 15km before slightly slowing down due to the heat beating down because of the unshaded access routes.  Still, the Kingfishers did their best to maintain good form and posture to stride through in good pace. 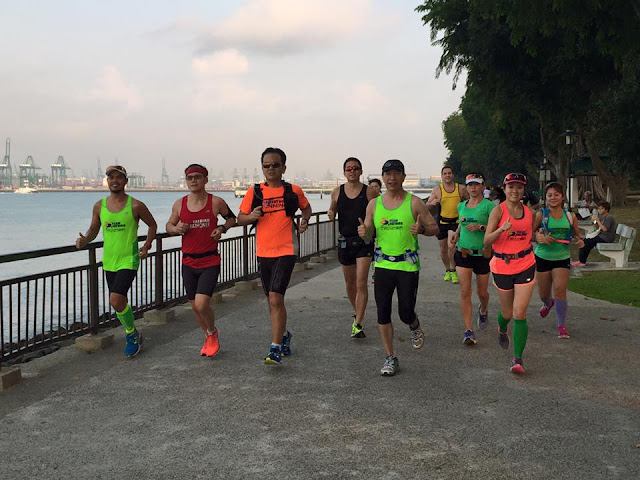 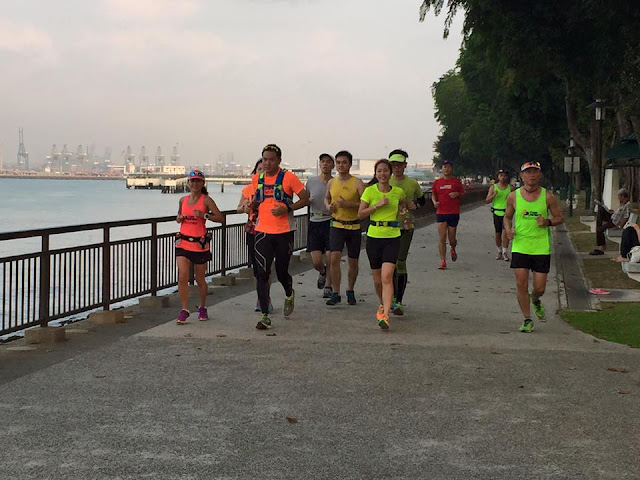 The Half Marathon Kingfishers took a short break after 2 loops before proceeding along Harbourfront back to SAFRA Clubhouse.  The Full Marathoners gritted their teeth and continued on to complete another 1-2 loops worth of 6km repeats. 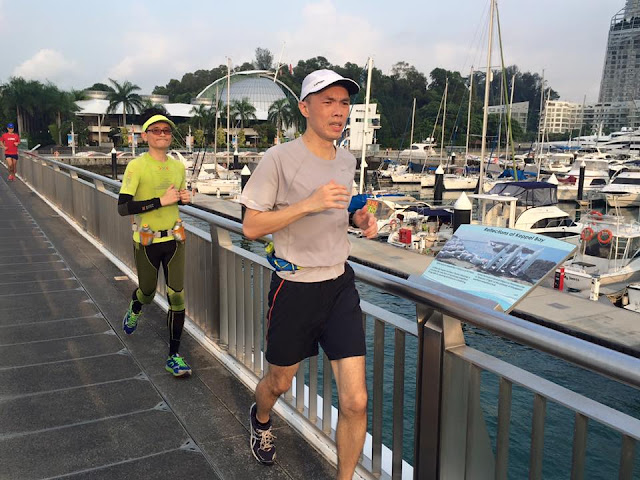 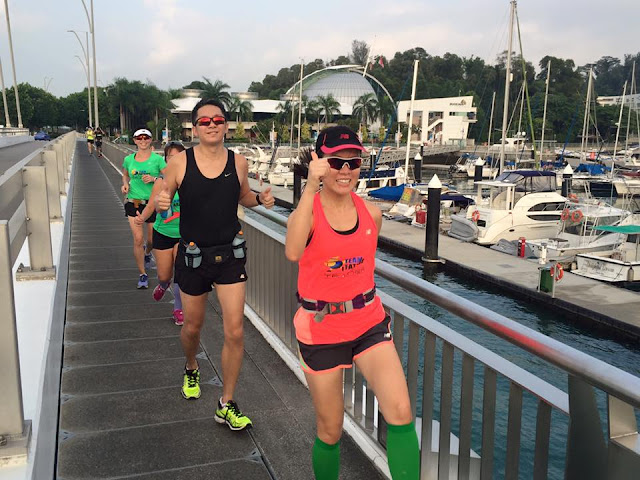 Optimal Pace gave way to Marathon Pace by the 20km mark as we were challenged by the blistering heat.  Group 1 was able to continue on well with the front runners completing the full 4 loop course while a few others did 3-3.5 loop repeats. 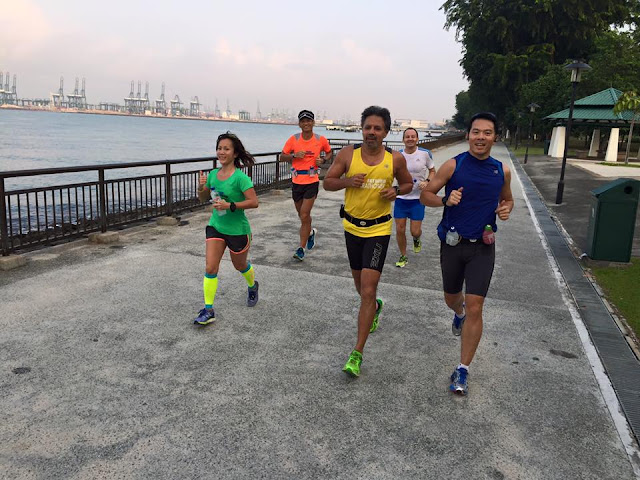 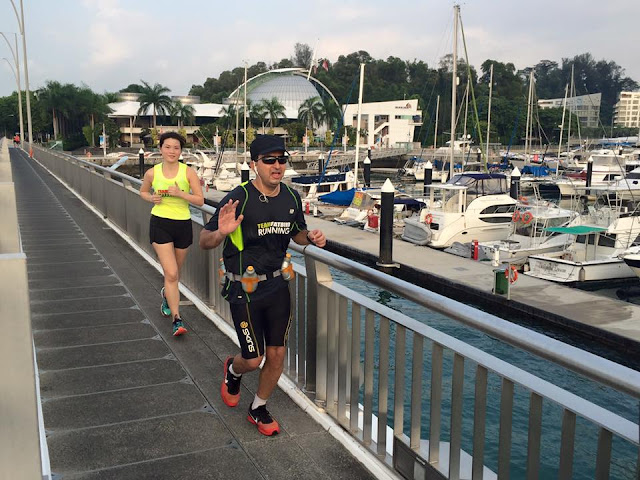 Groups 2 and 3 did commendably well to complete at least 2.5-3 repeats in challenging heat conditions, before making way back to the end point for distances of 26-30km. 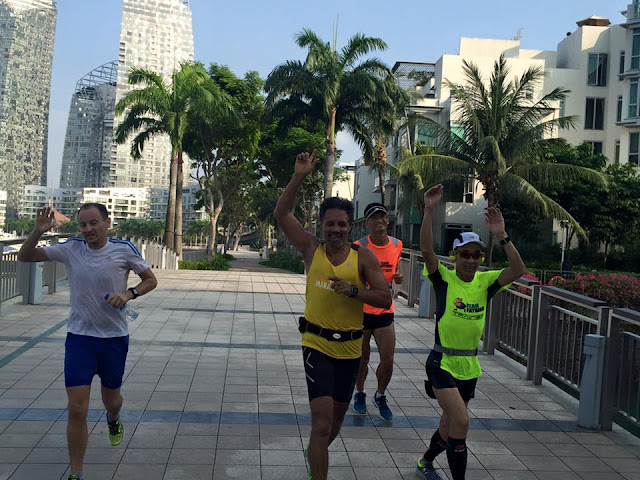 A couple of Kingfishers reported hitting the wall in the final 4-5km, indicative of the massive effort they put in to conquer the challenge at end.  They recovered well after some rest and hydration, and completed the final km in good shape. 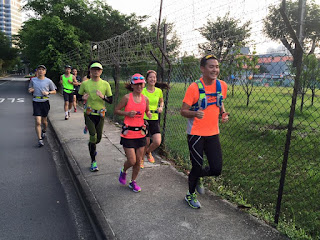 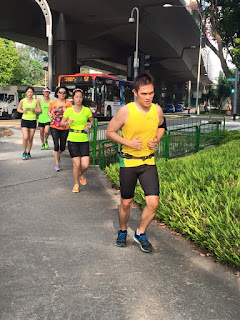 This was indeed one humongous challenge, made a lot tougher by the training area and route conditions.  We were glad that all Kingfishers came back by the cutoff time, completing 21km-32km of long distance at Optimal Pace. 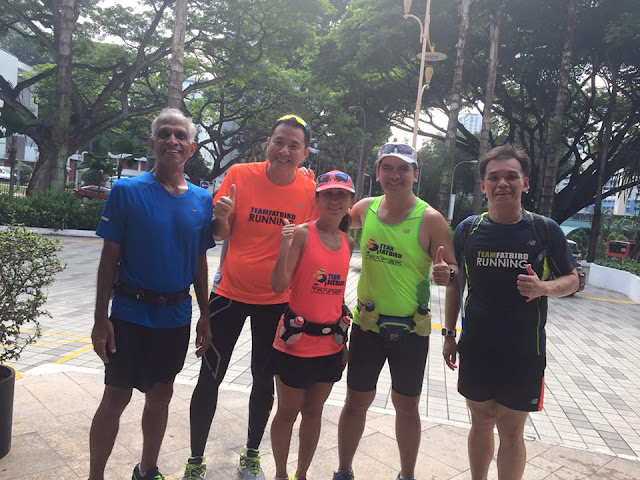 The regular cool-down stretching was conducted for the Half Marathon trainees and those that were back earlier, a great relief of all the pain and stresses of at least 2.5-3h time on our feet. 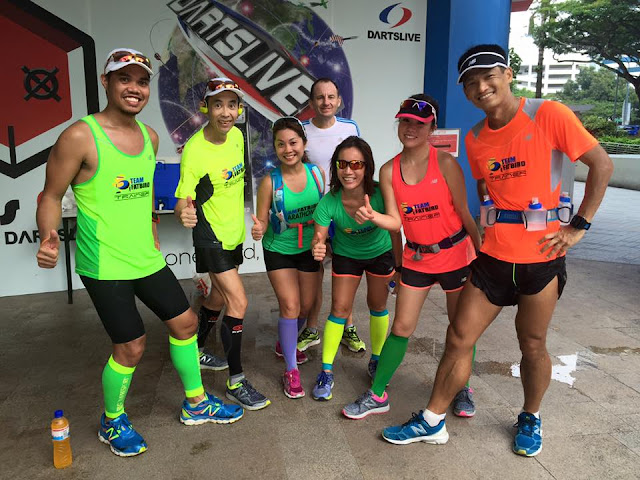 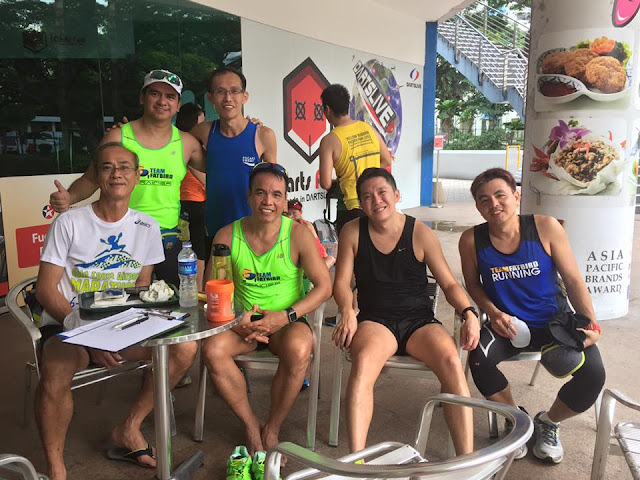 With the longest run completed to our satisfaction, the Kingfshers will be taken through the tapering phase with 19km and 28km pace training next weekend.  Till then, we will surely be RICE-ing from this morning’s hard run in preparation for next week’s training.

The Kingfishers Have Completed Their Longest Challenge!